To Broil Bace, The Accomplisht Cook, Robert May 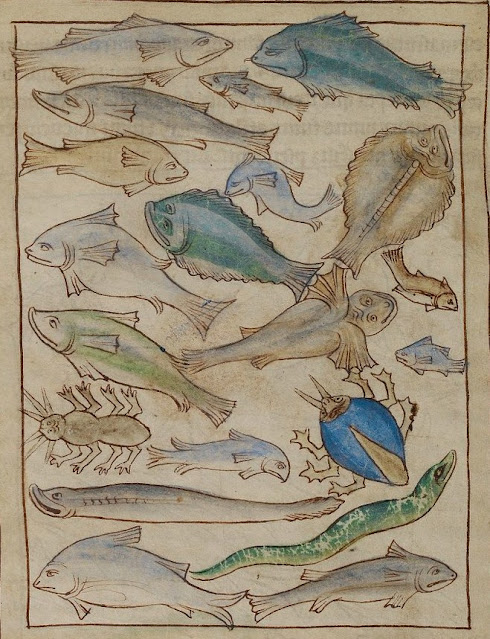 To Broil Bace, The Accomplisht Cook, Robert May
Take a bace, draw it and wash it clean, broil it with the scales on, or without the scales, and lay it in a dish with some good sallet oyl, wine-vinegar, salt, some sprigs of rosemary, tyme, and parsley, then heat the gridiron and lay on the fish, broil it on a soft fire on the embers, and baste it with the sauce it was steeped in, being broild serve it in a clean warm dish with the sauce it was steeped in, and the herbs on it, and about the dish, cast on salt, and so serve it with slices of orange, lemon , or barberries.

Make a marinade of the vinegar, salt, thyme, rosemary and parsley. Place the fish in a shallow baking dish and pour the marinade over it. Marinate for at least half an hour. Sprinkle half the butter over the fish and bake at 350 degrees until cooked. Garnish and serve.
Email Post
Labels: 17 Fish Second Course The Accomplisht Cook