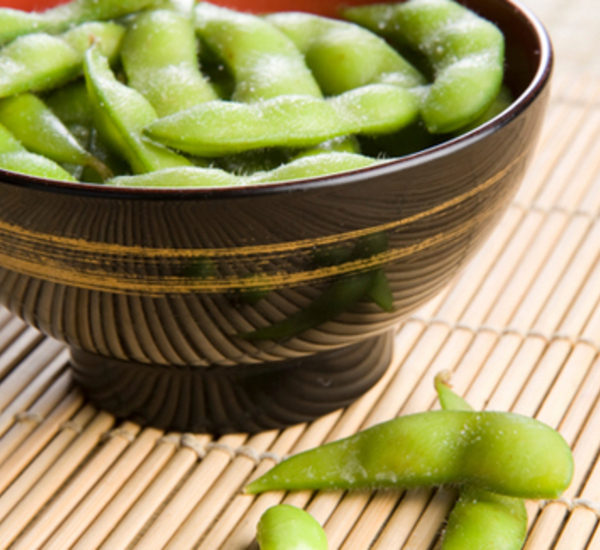 The earliest documentation of soy foods in Japan can be found in the Taihō Ritsuryō (Taiho Law Codes), written by Emperor Monmu in 701 CE.  This document also references "misho" the precursor to miso which appears later in 901 CE in the Sandai Jitsuroku. The first mention of Edamame, is found in a letter written by a Buddhist Saint to one of the parishioners of his temple, thanking him for the green vegetable soybeans in pods in 1275.

This dish was very simple to prepare.  Simply steam your soybeans until they become tender and sprinkle with salt.