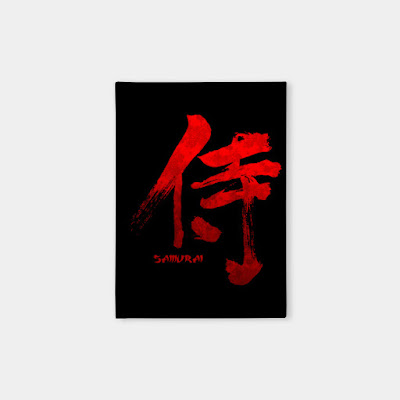 Learning a new culture requires a ton of reading and research in order to try to "get it right".  Following is a list of some of the resources that I used to research and put together the banquet and a brief essay on the inspiration for the meal that will be served and some take-aways from the copious amount of research that went into the creation of this meal.

Food and Fantasy in Early Modern Japan By Eric Rath

The Tastiest Dish in Edo: Print, Performance and Culinary Entertainment in Early-Modern Japan By Eric Rath

A Peek at the Meals of the People of the Edo; Tracing the Diet of Edo--the Establishment of Japan's Culinary Culture Part One by Nobuo Harada

The meal that will be served at feast is a creative interpretation of a menu that was served to Shogun Tokugawa Iemitsu when he visited the Shimazu daimyo house in Edo. Preceding the meal was the shikisankon, or, “three formal rounds of drinks, a formal ceremony that usually took place in a private room between the host and a guest drinking sake from the same shallow bowl. According to Eric Rath, "This formal exchange of drinks between lord and vassal signified their personal bond, and the same ceremony was used for weddings (Banquets against Boredom)." A total of nine cups of sake (or more) would have been drunk prior to the meal!

After the shikisankon, a banquet followed in a style that originated in the 14th century.  Service consisted of three trays with a proscribed number of dishes, 7, 5, 3, soup, pickles and on the first tray chopsticks. This style of dining is referred to as honzen ryōri or "main tray cuisine". Each tray contained at least one soup (shiru) and the side dishes (sai), pickles and rice were normally only found on the first tray, but will be interspersed through out the feast that will be served for the event in order to showcase the variety of foods that would have been found in this period.

Iemetsu's Banquet that he enjoyed in 1630 contained the following items:

The yuzuke which was served is believed to have originated when Ashikaga Yoshimitsu (1358–1408) became drunk at a party and poured hot water over his rice in the Muromachi period.  This dish will be featured in the second course of my banquet.

Another Muromachi period dish that will be served is the aemaze, a raw fish salad, which consisted of raw fish or other seafood marinated in a sake based dressing with vegetables. Aemaze is the predecessor of namasu, or dishes of raw sliced fish and vegetables that preceded what is commonly referred to as sashimi today.

O-zoni, which was not mentioned specifically in the menu for Iemetsu, is another dish commonly found during this period and was served in the main (or first) course to welcome guests. It consisted mainly of fish paste cakes (kamaboko), and rice cakes, vegetables and dried foods.  The origin of this dish is believed to have been in field battles. It was a dish for Samurai that eventually became a dish for everyone.

The most symbolic dish that will be served in the first course is an interpretation of "Crane Soup". It was a dish served only to the elite among Samurai.  Cranes in legend were believed to live for thousands of year, except when they were killed.  It was served to Ieyasu in 1582 by warlord Oda Nobunaga.

The second tray consisted of two soups, a gathered soup and swan soup.  According to Eric Rath, the "servings of mollusks" most likely served as a decorative element. In lieu of dried salted mullet, jelly fish, rolled squid and dried cod, the diners of the feast that I will be serving will be eating a selection of shimofuri (lightly steamed fish) served with irizake and a dish of shrimps.  Clam soup takes the place of the swan soup. Here you will find yuzuke, a dish of rice, hot water and toppings consisting of umeboshi, black and white sesame seeds, bonito flakes and nori as the'gathered items'.

Oshiru atsume contained many exotic ingredients, for example  dried sea cucumber intestines (iriko), skewered abalone or wheat gluten. The instructions for this soup are found in the Ryōri Monogatari:

Atsume jiru あつめ汁 (Gathered Broth) - It is good to add  dashi to nakamiso.  Alternatively use a suimono. It is good to put in such things as daikon, gobo, tofu, bamboo shoots, skewered abalone, dried fugu, iriko, and tsumi'ire. There are various others.

The third tray contains two presentation or spectacle dishes--they were to be looked at and not eaten, and were designed so that the chef's skills could be admired; hamori and funamori. These dishes would have been decorated with paper when they were served.  Here I diverged significantly from the meal Iemetsu enjoyed.  Ginger pork and braised pork belly served with mushroom soup, simmered pumpkin and grilled eggplant as an homage to autumn.

Although the eating of pork was shunned during the Kamakura period, it saw a resurgence during the Sengoku period (15th-16th centuries). Pigs were considered a valuable food source, and often, herds of pigs would accompany troops in the field.  Satsuma warriors reputations were directly linked to their consumption of pork. Pork could be consumed in the Edo period "for health reasons", as it was believed to make you strong and give you stamina.

The banquet that was served to Iemetsu ended with a tray of sweets, special cakes made from mochi which had been pounded into a paste and then frozen called Ice rice-cakes (kōri mochi), tangerines, and persimmons on a branch. To emulate the the dish that he was served, I will be serving anmitsu, translucent agar-agar jelly, topped with green tea and jasmine ice cream (18th century invention), mochi, red bean paste with sugar syrup and slices of fresh fruit, tangerines and persimmons if available, strawberries and peaches if not.