Apples belong to the Rosaceae family along with pears, quince, loquat, medlars and yes, roses. It is believed that there has been over 10,000 different apple cultivars that have been developed, many of which are now lost.It is generally believed that domesticated apples has their origins in Central Asia. Apples are documented as early as 6500 B.C. in Jericho and the Jordan Valley. Theophrastes records in 323 B.C the process of budding, grafting and general tree care of six different varieties of apples that were known at the time. Here I present five recipes featuring apples; A candy made of apples simmered in sugar syrup and allowed to dry, Apple Muse, and apple and rice milk sauce or pudding, Apple Moyle, a similar recipe to Apple Muse resulting in a sweet apple porridge, Applade Ryalle-three different versions of apple soup, creamy and delicious an unusal starter for any meal, and lastly A Potage of Roysons, apples and raisins are offset by spicy ginger in this simple porridge of rice.

To candy any roote, fruite or flower. - a method for preserving fruit, roots such as carrots, parsnips or beets and flowers in sugar syrup. Delicious to make for every day use.  Pictured at left are sugared plums, but apples are just as delicious. 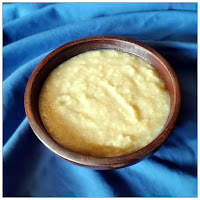 lxxix. Apple Muse. - Apples and honey are simmered in almond milk, seasoned lightly with saffron, and colored a delicate pink with sandalwood, this early version of apple sauce is fit for a king. 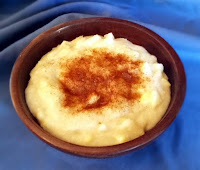 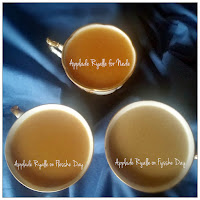 .Cxxxv. Applade Ryalle. - Three versions of an apple soup, easy on the pocket but  fit for a king! For Nede, wine and honey, warmed spices and apples create a velvety soup. On Fysshe Day (Lent), almond milk and sugar, cinnamon, ginger, pepper, grains of paradise and apples create a creamy delight. On a Flesshe Day, beef broth and apples marry together in a soup that will leave you wanting more. 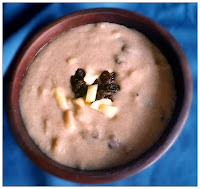 .Cxxxvj. A potage of Roysons. - Rice Porridge with Apples and Raisins - a comforting dish made of rice flour and almond milk, apples, raisins sweetened with honey. Another medieval comfort food that would serve well as a camp or event breakfast treat, or the sweet ending of a feast.
Email Post
Labels: 15 16 Fruit Medieval Pottages SCA