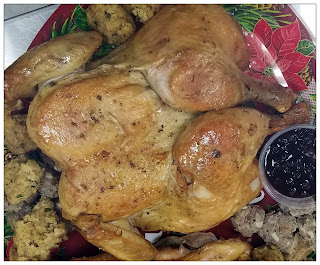 Pickled Barberries (Blueberries) The Whole Body of Cookery Dissected, 1682
The copy of this book I have is a copy of the 1682 edition of Rabisha's book. The first edition of this book was printed in 1661. Many individuals have expressed concern on why I would choose to use books that are published after our time period. The answer is simple, despite being published late, many of the methods described were used in our time period, common foods and methodologies were not written down, and it is only later that you find them. To quote Mr. Rabisha, who says it quite eloquently:

"..It hath been the practice of most of the ingenuous Men of all Arts and Science, to hold forth to posterity what light or knowledge they understood to be obscure in their said Art: And the wisest of Philosphers, learned and pious Men of old, have highly extolled these principles, who went not out like the snuff of a Candle, but have left thier Volumes to after-ages, to be their School-master in what they have a mind to practice; which calls back time and gives life to the dead."

So it is my belief that common items were not written down and that it was not until cooking was given "to the masses" that you begin to see everyday items placed into books so that the art would not be lost. I have no way to prove this theory, however, with careful research, many of the items referenced in this particular book can be found in older manuscripts.

I have access to dried barberries through Amazon. However a friend gifted me with five pounds of the most beautiful wild blueberries, which I used for this pickle. It is delicious and I did take liberties with the spicing for it.

To Pickle Barberries Red (or blueberries blue) When your Barbaries are picked from the leaves in clusters, about Michaelmas, or when they are ripe, let your water boyl, an give them a half a dozen walms; let your pickle be white-wine and Vinegar, not to sharp, so put them up for your use.

Strain the blueberries over a bowl so that you can preserve your syrup and place into clean sterilized jars. Return the syrup to the pan, add the sugar and bring to a boil, continuing to boil until sugar has dissolved. Be sure to skim off anything that rises to the top so that your syrup is clear. Fill the jars with the syrup. You can continue the canning the process at this point, or store in your fridge. Berries are best when they have been allowed to sit for a few weeks.
Email Post
Labels: 12th Night English Feasts